← back to
New Focus Recordings
Get fresh music recommendations delivered to your inbox every Friday.

The Bright and Hollow Sky 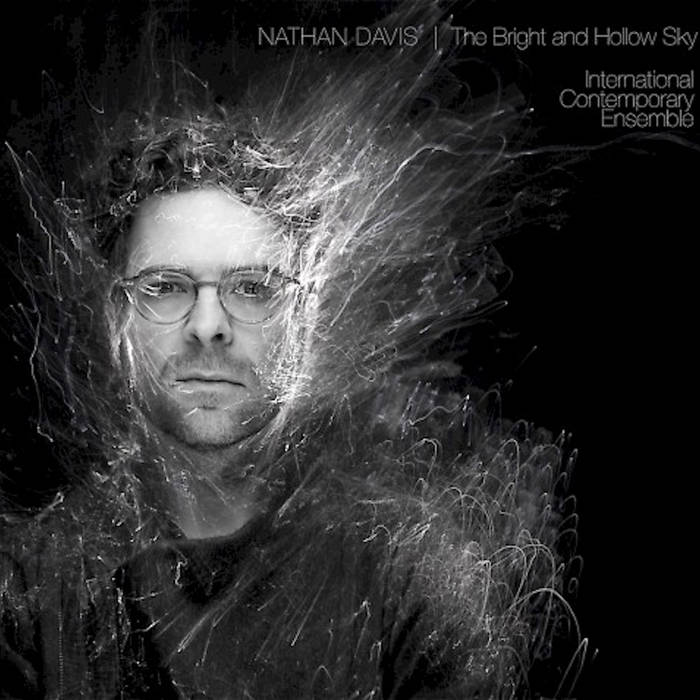 The architect Louis Kahn once stood before a group of students, held up a brick, and asked it what it wanted to be.
“I like an arch,” the brick responded.
“But Brick,” Kahn quipped, “arches are expensive, and I can use a concrete lintel over you. What do you think of that?”
“I like an arch,” the brick responded.
Kahn addressed the monumental extremes of modern architecture with an ancient Platonic appeal: let things be as they are, not as you want them to be.

When Nathan Davis sat down to write pneApnea, he picked up a flute for the first time in his life, blew into it, and listened to the sound it produced. He blew into it again, and listened again. He scribbled a few notes to himself. Another breath, another sound, another scribble… a compositional process borne out of an ethic of exploration, and a basic respect for what musical instruments want to do. Likewise, The Mechanics of Escapement was the product both of months learning the overtones and clackings of a particular toy piano (exploration quite evident to those of us who share studio space with Nathan), and an apprenticeship with a master woodworker to custom-build clock chimes by hand.
There are no “concrete lintels” in this music: no synthesized electronics, no taming of unwieldy instruments. Where Nathan’s music sounds the most complex, it is in fact the most simple, as in the rich microtonal sonorities Like sweet bells jangled, created with a simple ring modulation of just intervals; or the rich bell-like overtone clusters in Dowser, which in their dense virtuosity elucidate the most basic acoustic properties of the bass clarinet.Nathan is equally a composer and a performer, and for him those two worlds flow seamlessly into one another. Like so many percussionists, he bears the influence of Indonesian Gamelan and Indian Karnatic music; innately spiritual traditions in which percussion music plays a purifying role, making Earth inhabitable for spiritual beings. Likewise, the proud, spacious sonorities and the slow, irregular march procession of The Bright and Hollow Sky resound as a kind of invocation, initiating uncertain rituals.
There is a unity in Nathan’s craft: for him, the percussionist’s innate curiosity for new musical resources is equally the composer’s fascination with confronting sound on its own terms. There is also a collegiality. While each of the compositions on this album bears a deeply felt respect for the acoustic properties of instruments, these works were written for people, not devices. As a member of the International Contemporary Ensemble, Nathan has intimate musical relationships with each of the performers on this recording; idiomatic writing and these commanding performances—from Claire Chase’s tightly controlled pnea (breaths) and frenzied apnea (breathlessness) to Peter Evans’ virtuosic multiphonics in The Bright and Hollow Sky—are the fruit of close artistic friendships.

One cannot help but listen to this music. Not just hear, but listen. Each struck crotale sends a cloud of incense billowing through the room, each throbbing breath into the clarinet forces a collective exhalation of musty, distracted air. The acoustic space is changed, made sacred. In his fascination with acoustic purity, his reverence for the historic sacredness of resonant bodies, and his close relationships with his performers, Nathan is a 21st century Louis Kahn: an artist for whom the world of objects and the world of ideas are one and the same.
-Whit Bernard